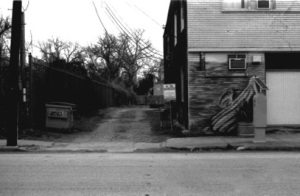 “Why can’t I do anything? Why am I always so powerless?”
Bill Snider sat in his large comfortable desk at an accountants’ firm and thought to himself.
“Who am I kidding? I didn’t want to be an accountant. I don’t deserve this job; my uncle gave it to me and told me to look cute in my suit.”
Bill looked down and adjusted his tie as he spoke to himself.
“I didn’t want to sign papers, drink coffee and laugh with greedy people for 10 years; I wanted to be a dancer. That’s what I wanted to do.”
Bill’s assistant opened the door.
“Mr. Snider, some customers are here to file a report. They’re down stairs. Also central campus sent us a letter about your consistently good results. They’d like you to RSVP.”
The women sat a thin stack of papers on Bill’s huge desk.
“Thanks Jacqueline.”
And she left.

Bill looked at the stack, took out a pencil and some paper from his drawer, and began to write. He spoke as he wrote.
“My wife left me a few years ago. She told me the money wasn’t enough. ‘It’s over Bill. I don’t love you anymore. You’re a loser. I’m taking Richie and going to go live with my aunt in Virginia.’ She told me over the phone, so I couldn’t cry and apologize before she hung up. Julie-Ann…”
His pencil lead snapped. He opened up the drawer and got a new one, and continued writing.
“I know exactly what I’d like to say to these money hungry bastards: buy me a new heart.”
He chuckled.
“No matter what I do… No matter what’s given to me, I’m still a loser.”
His pencil snapped again.
“Even with these damn powers…”
His hands began to glow orange.
“I’m powerless, I can’t do anything right! I can’t hold on to anything I care about!”