Nick Arboleda is a 25-year-old student currently enrolled at HCC Central. He has aspirations of becoming a video game designer. Designing emotional story and compelling character within the game universe has always been his passion, as well as a motivatingl factor behind his educational career. Practicing guitar, fantasy literature, and jogging are other interests he has once the console or PC are turned off.

Cheri Christman is a 49-year-old mother of three and a native of Dallas, TX. She has always been interested in writing; she even gets ideas in her sleep and writes in the middle of the night. Cheri is a student at Houston Community College pursuing a degree in communications. Some of the writers who influence her work are Nikki Giovanni and Alice Walker because they write about real life as they see it. She admires the fact that these writers are uninhibited in their writings, especially because the time period when they came of age was one in which it was not popular to be a woman writer or a black one. Their accomplishments, despite their struggles, make them admirable to her. She plans to continue writing and pursuing publishing opportunities in the future. 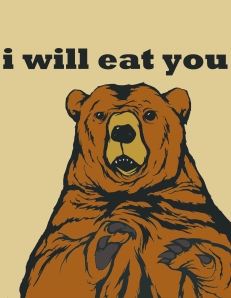 Tsega Demissie also goes by his surname “Sega.” Sega was born in Addis Ababa, Ethiopia and was brought to America when he was two. He is the son of a pastor and scientist and is the youngest of three sisters and two brothers, three of whom are adopted. He sometimes makes charcoal drawings on the walls of his room and loves to photograph people when they are not posing. Though he is somewhat of an introvert, Sega does enjoy spending quiet nights with friends drinking coffee and making crude jokes. He is a student at HCC but does not know what to study. What he does know is that during these past months he has surprisingly come to enjoy creative writing in all its beauty and madness.

Hillary Harris, 25, is a mother and a student at HCC. She will be attending the University of Houston in Fall 2012 where she hopes to get a degree in education.

Joanna Hawkins, 23, is a sociology and policy studies major whose interests are focused on public health, women’s studies, and religious studies. She is a mother, with a life-long passion for poetry and writing, and a deep appreciation for the glories of nature.

Autumn Hayes is a freelance writer, creative writing teacher, and poet; her poetry and short fiction have appeared or are forthcoming in Defenestration, Southern Women’s Review, Jersey Devil Press, trapeze magazine, and the micro-fiction anthology 140 and Counting. A Houston native, she tweets @autumnatic_daze.

Katarzyna Suchodolska is a kitchen mess-maker from Poland. She truly believes that no matter what the question, the answer is always chocolate.

Itzel Tlatoa graduated from Lamar High School in 2010, and is currently a 19-year-old student at HCC. She dreams of becoming a teacher and making a difference in kids’ lives. She enjoys working with children and loves being able to teach someone something new each day.

Des Moines Wesley was born in a small town called Wichita Falls, TX. He has two younger siblings. He moved to Houston when he was 20 and doesn’t plan on leaving for another 5-6 years. He is a charismatic person who enjoys the company of others and whose hobbies include writing, listening to music, and talking. He aspires to be a full time interpreter for the deaf and an author of novels and poetry. When is he more established, he hopes to have a family, two children and a loving husband. He looks at life through loving/compassionate eyes.
“LOVE as much as you can… LAUGH through even your darkest hours… LIVE everyday like it’s your last.”

Catarina Elaine Williams is a current student of the Honors College at HCC-Central. She is a 2010 graduate of The High School for the Performing and Visual Arts and is on her way towards becoming an artist. She enjoys being in art shows, writing poetry for fun, cooking if the recipe is easy enough, and making people laugh. She also enjoys talking in the third person, sleeping, and break dancing when no one else is around. Catarina plans on attending the Rhode Island School of Art and Design for her Bachelor of Fine Arts in Sculpture.

Anel Yestayeva is a 20-year-old graduating senior at HCC. She is from Kazakhstan. Her hobbies are reading, drawing, and writing poems in English, Russian, and Kazakh. She also enjoys dancing and listening to rock music. She is working towards her Associate’s degree in science. She is very grateful to her family for supporting her and giving her a chance to have a good education in America.