It’s November and the wind is strong enough to carry the dead leaves that have piled up in my neighbor’s back yard and fly them into my face. Behind another back yard, stuck to a fence, I find an empty beehive. A season ago they were there, terrorizing my neighbor         into submission. Then one day they simply swarmed into a tree never to be seen again. I liked having them there because they frightened away a little Chihuahua. He likes to stalk me and yaps at the top of his lungs in what I like to imagine is an attempt to make up for his depressing size. 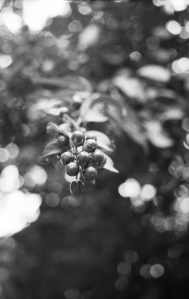 In a city where most people have cars, I like to take frequent walks. The backyard fences of my neighbors form a long, uniform corridor of greenery and wildlife and serve as a shortcut out of the maze of houses that is my community. The fact that this little oasis is just an overflow for a municipal sewer line makes it unattractive to many of its human residents and thus, a perfect garden of solitary contemplation for me. It has low, uneven hills and two wide rectangular holes that slowly slope down to another wide field. An invisible tree branch once made me fall into one of these holes; that was when I discovered that when it rained, the bottom of the holes collect a lot of mud. This was also when I noticed that the large concrete sewer tubes that direct water flow were, despite everything around it, very much dry.

When I was younger, my friends scared me into believing that a convict assassin lived in the large concrete sewer tube. For years I retained a morbid curiosity to meet the convicted assassin that chose my sewer line as his home, and now here was my chance! But if he was ever there, he was certainly gone now. The tube had concrete white walls and was tall enough that I could stand inside it without slouching. The cement was cold to the touch, yet surprisingly clean considering its occupation. A few feet inside the concrete tube, I found bars. My hands closed around the rust and I was reminded of a jail cell. Could it be my convicted assassin never left my sewer shortcut after all? I stayed a bit longer but there was little else to explore, and eventually I made my way back up the steep slope to the flat ground of the field and continued home in my muddied shoes.

The wind blew fiercest here. Though the field was lined with my neighbors’ tall fences, the shortcut was essentially flat ground. In the winter, I would find myself fighting against the force of the wind. It dug on my face and dried my nose out so much that my skin would turn red and peel. When it drizzled it was even worse; the wind would drive the raindrops into my cheeks with needle-point precision, like a cold and unmerciful acupuncture session.

Then, sometime in January, the sun would decide to stay out just a little longer. The prolonged sunshine would prompt two horses that live in a farm adjacent to the shortcut to come out. They would greet me when they saw me and trot up. I had always thought they were both girls and took to naming them Snowflake and Rafalca, until Ben, the owner, caught me feeding them lettuce through the fence. I was more embarrassed to learn Rafalca was a boy than to be caught feeding horses that weren’t mine. Since then, I made it a point of sneaking sugar cubes every once in a while to make it up to Rafalca. He has forgiven me and has since been rechristened Ralphie.

But the horses aren’t the only ones that enjoy the extra sunshine. The rectangular depressions in my shortcut rarely fill up, but on the few occasions that they do, the water turns still and a mirror of the sky and the surrounding trees and rooftop windows forms onto its surface. These are the days when wildlife is most active. Wild rabbits hop down from time to time to the sewer line and storks visit after particularly wet mornings. On the drier days, I take a handful of flower seeds and let the wind flitter them through the entirety of the field. I save the bluebonnet seeds for the entrance of my sewer cave, where they will look the prettiest contrasted against the white concrete.

Spring murmurs its way into my shortcut. One day, I hear intense buzzing once more. A new colony of bees has proliferated in the hive in my neighbor’s fence. The yapping Chihuahua doesn’t dare follow me. Scared-y cat. 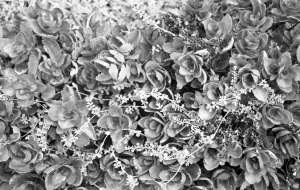 The seeds eventually flower, and they add a nice fragrance to the air as I head down to my cave. Though it’s a sewer line, it’s one of my favorite places in the world. I think there is a lot to be said about the serenity of nature, but I would rather save my breath and simply contemplate in silence. I enjoy the vantage point that my cave brings. In the evenings, before I leave, I gather a couple wild flowers and then a bluebonnet in the middle to remind me of the small but plentiful universe behind the fence of my back yard.