There was some image we had to paint of ourselves
As virgins or whores,
Scores of acid running along deep rivers that trail into vague currents of thought
Did it matter if there was meaning behind it all? Did it matter that I was not stoic when The Silence hit me, and I lost the meaning of true patience while stuffing my face with macaroni and watching Saved by the Bell?
Did it matter I was dripping with static electricity that was left after hours and hours of TV left me sleepy and cradled in the comfort of sweet beautiful white noise?

And sure that white noise follows me. And the ringing in my ears that distracts me when I’m standing in the middle of the Real shit, the stuff they wrote for songs to imply nights so beautifully silent that holy infants are born into them. Those are the scars of my generation, even lost to the tangible causes in front of them. Aren’t we fighting wars? Aren’t there sides to pick, isn’t there clear and present danger? Shouldn’t these conflicts serve as a catalyst for a generation of new perspectives….?
Or is the truth about the matter that these are not our wars, that they are just our backgrounds, our settings, and the true war is all up in the insides?
Are we suffering from a spiritual holocaust? Life, death, mind, soul, the sub, the un, and all other consciousnesses. Or is it me just me and my self centered 20 something’s perspective? 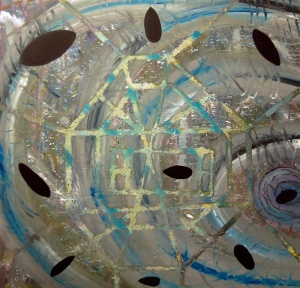