The Indiscriminate Nature of HIV 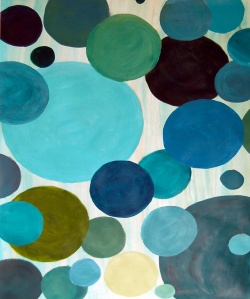 “Never pick-up syringes, needles, blades, or any other sharp object you see anywhere. Do not touch another person’s blood, not even that of your friends. And tell me whenever you get wounded by anything. Why? Because mom doesn’t want to lose you.”

These were the exact words of my mom to me every morning on my way to school. I was still seven then so they meant nothing more serious than a mother’s poem to her beloved child. Although I sang them as I walked the rough-straight road to school, they never prevented me from picking up any attractive object I noticed. But now, every single word of that poem makes meaning to me; syringes, needles, blades, sharp objects, blood, wound, and mom doesn’t want to lose you.

It is a virus called HIV. It enters a human’s body and kills the person without respect to age or sex. It shows the same measure of mercy and wrath to its hosts.

It lies lifeless outside its host, admiring the beauty of the sun, enjoying the air that comes from nowhere and extends to it, and never fails to compliment the brilliance of the moon during the night. It sees us and envies our complexity and way of life. Although we do not see it optically, it dwells among us—so gentle and quiet. We touch it in some places as we hold onto the door handle, we step on it when we walk around our hospital areas, but it shows no reaction to either male nor female, old or young, rich or poor. It shows the same measure of mercy to all. Those who deprive this gentle creature of its loving moments by forcing it into our system, it pays them back equally. With no respect to the cause of its existence in their system, it approaches them with the same melody of pain and sorrow. A child who like a novice made contact with the virus on his open wound will undergo the same infection process with an adult who got infected by practicing infidelity.

It enters the body fearlessly, taking note of the territories, chambers, and domain of its hosts. It studies the entire nation of the body, in the quest of the defense region. This takes several years. When it finds it, it approaches the gate not as an intruder, but like a legal immigrant. The diagnostic computer cannot detect its true nature at this stage. It pays its due to security with its membrane and its content is let in. There everything changes. Its gentleness turns to wickedness. It attacks the lymphocytes of the defense system and destroys their ability to fight back. It snatches their weapons and uses them against them. It corrupts their minds, causing them to be loyal to it and then it begins to map out its plans. Knowing that majority is proportional to power, the first thing in its mind is reproduction. This it achieves by commanding the lymphocytes to produce its kind instead of attackers called antibodies. 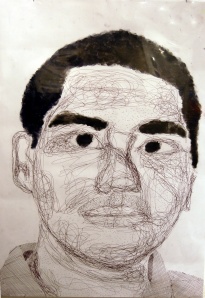 Self Portrait by Thomas Chee

At this stage the host begins to lose weight, experiences constant weakness, and slight fever. The child becomes thinner and the man looks like an ancient sculpture of a hungry man. The child falls asleep when he feels weak no matter how busy he might be with his toys. The man battles with his consciousness in order to make a living. The invader is amazed at the first sight of its offspring. “It feels good to have a family I can call mine,” it says to itself. Determined to see that they lack nothing, it sends them all over the whole nation that they may cause more harm and occupy more regions.

Migration to various regions and their domination take several months. Finally the invaders take over the nation. This is when the diagnostic computer can detect their presence but can do nothing that can significantly inhibit the disastrous works of the invaders. The hosts run helter skelter for solutions but are reminded that nothing can stop their enemy at this stage. Hope crumples, tears drop, and the joy of living is accompanied by thoughts of dying on a sickbed. The child and the adult still share the same features: eyes fallen into sockets, ribs unimaginably revealed, backbone so visible that even a third grade student can count the vertebrae without missing count.

Now it is certain that all the chambers and domain of the host are greatly depreciating. The offspring are really doing their work very well. The respiratory system suffers from tuberculosis, Kaposi’s sarcoma, and Pneumocystis jiroveci pneumonia. The gastro-intestinal system is dying of Cryptosporidiosis and Candida. The central/peripheral nervous system battles with Cytomegalovirus, Toxoplasmosis, and the skin speaks of Herpes Simplex. When the weight of the attack becomes so bad, the long-awaited day comes: the invader’s mission is coming to an end, the priest is saying Pater Noster to the host, finally the child’s breath stops and the man’s neck snaps sideways and his eyes close once more to open no more. The invader stops and lies with its host harmlessly.

Tracing the origin of this virus is definitely not as important as finding the cure and raising awareness of it. The fact is that it dwells among us and its victims never regain their full health no matter who they are. It has no respect for age, sex, wealth, social status, religious background, or any other thing you can ever think of. My mom was right; she can’t help me if I get infected. No body can.

1 Response to The Indiscriminate Nature of HIV